The 11 th edition of the Almeria Western Film Festival (AWFF), organized by the Town Council of Tabernas, has as main objective the dissemination and promotion of western films that contribute to the knowledge of world cinematography.

In addition, the festival adds value to the place where it is celebrated: the Desert of Tabernas, which has been inspirational and the protagonist in a significant number of international films of different genres over the years, and has turned out in a valuable cinematographic heritage.

2. DATE OF THE FESTIVAL

The 11th edition of the Almeria Western Film Festival will take place between October 8th and 11th 2021, in Tabernas and the Western villages Oasys Mini Hollywood and Fort Bravo Texas Hollywood.

The festival will have, among its various activities, three film competition sections that will offer a panoramic view of current western films at both the national and international level:

4. OTHER REQUIREMENTS FOR THE PARTICIPATION OF THE WORKS

The films registered to participate in the AWFF 2021 must fulfill, in addition to all the above, the following conditions:

The participants can also send the screening copies by regular mail to the following address:

The festival reserves the right to remove from competition any works not received within the established period.

The awards for each official section taking part in the competition -full-length films, short films and film school training- will be:

It will be awarded by the Jury of the Official Section of Full-lengths Films to a professional, of both the technical and artistic team, who has contributed to the spread and renovation of the international western genre.

It will be awarded by the Jury of the Official Section of Full-length Films to an actor or actress who has played the principal role or a minor role in one of the films taking part in competition.

It will be awarded by the audience members who have attended all of the film screenings of the Official Section and the Special Section.

It will be awarded by the Jury of the Official Section of Short Films to the best fictional short film.

It will be awarded by the Jury of the Official Section of Short Films for the best practice in audiovisual short films.

It will be given to a producer, director or scriptwriter from Andalucia, or to the best audiovisual work, in any of its modalities, specially short films and documentaries, presented at any of the Andalusian audiovisual competitions.

The awards for each section of the competition will include:

The decision of the Jury will not be subject to appeal.

Taking part into the competition means the full acceptance of these regulatory bases. In case of misunderstanding any of the bases exposed in this document or any other aspect not included here, the interpretation and the opinion of the festival’s direction will be crucial. The original document you can find it available and updated in the following link http://www.almeriawesternfilmfestival.es/en/regulations/

Personal data will be treated in accordance with the current legislation (Ley orgánica 15/1999).

The registration of films submitted to competition for the different sections of the festival is free of charge. To participate, please proceed as follows:

1) FILMS SUBJECT TO ANALYSIS AND SELECTION

The producer, the director or the exhibitor of the full-length or short films will register their works. The registration period will be open from May 20th to July 15st, 2021.

The official way to register is through the following platforms: 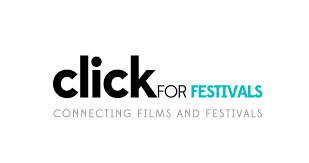 In any case, all participants must complete the registration form with all the necessary data.

The films selected by the evaluation committee should be sent to the festival before 23:59 on August 31th, 2021, along with the corresponding promotional materials. All materials must include a press-book, and must be sent in digital format to these email addresses:

The online distribution of the materials will be done through the area reserved for the media on the official web site of the festival:

The Organization of the Almeria Western Film Festival will establish the order and the date of screening for each film. Once the participation of the film has been confirmed, it cannot be withdrawn from the festival.

By registering, you accept these terms, as well as the resolution by the Organization of any event not included here.

The Festival Organization may cancel or postpone the event in case of force majeure, the participants assuming this risk. The face-to-face celebration will depend in any case on the authorization by the health authorities and subject to the security protocols that are recommended and / or established.

The festival headquarters are located in Tabernas: